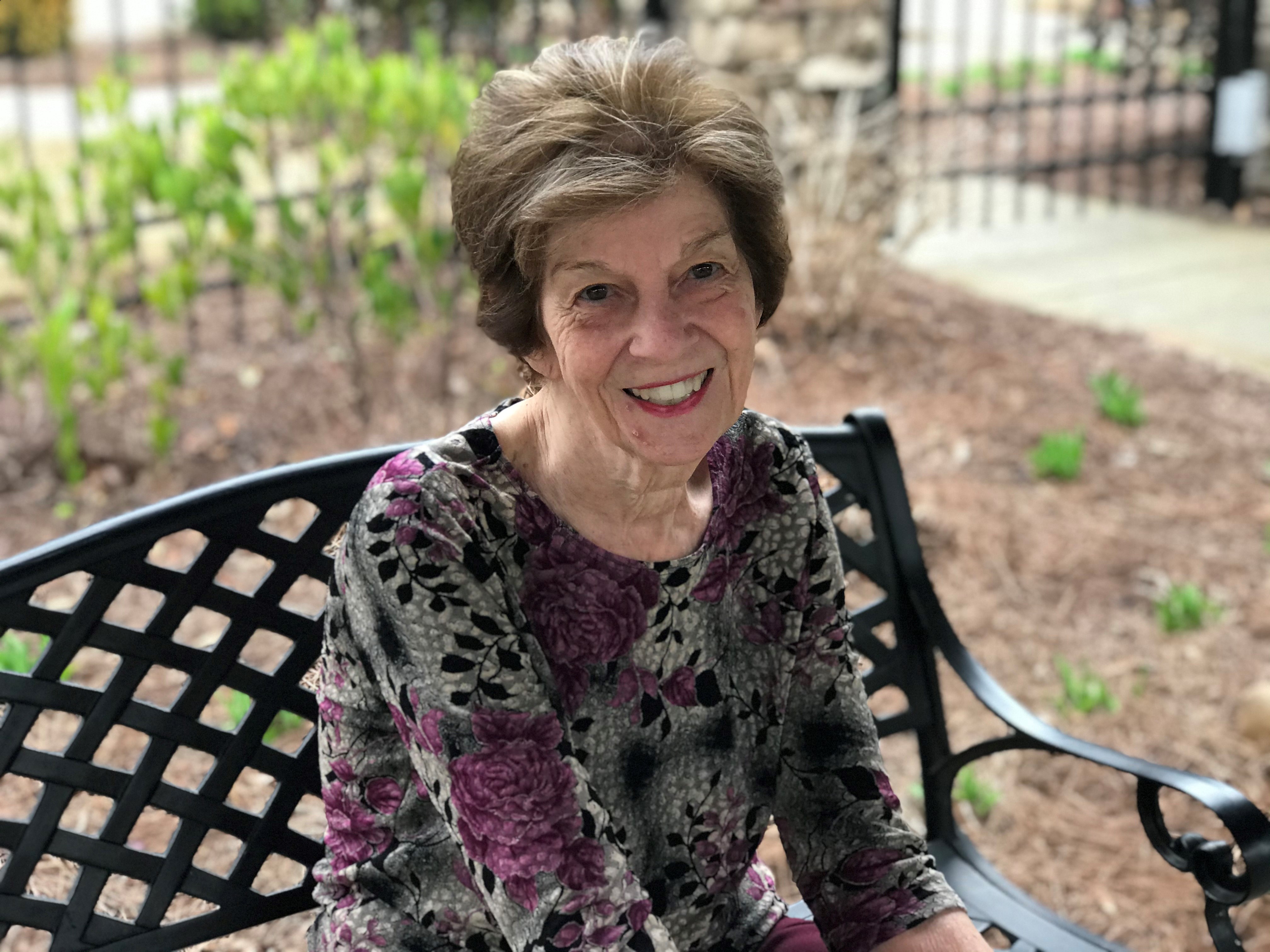 Mary Ann Latch of Woodstock, GA departed this life to be with the Lord on Wednesday, April 28, 2021, after a rich and loving 84-year life. She leaves behind a legacy of love, faith, beauty, respect, and values.

Born on March 2, 1937, in Miami, Florida to parents Bryant Benjamin and Dorothy Mae Martin, Mary Ann was the middle child of three, with her brother Raymond and sister Dottie. As a young girl, she started twirling the baton and it was obvious to all that she was gifted in the sport — a natural talent that led to her ultimately being named head majorette for the marching band at Miami Edison High School. She often spoke about the excitement of performing in the Orange Bowl and brought her love of twirling into her adult years where she often bought batons and taught young girls in the neighborhood.

While working at the First National Bank of Miami, she met the love of her life, her husband Russ. The story goes that Russ was installing Mazak background music at the bank when Mary Ann bumped into his ladder, causing him to literally fall for her! They married on Valentine’s Day, February 14, 1959, at the First Baptist Church of Miami, a marriage that lasted 61 years until Russ’ passing June 16, 2020. After their wedding, Russ and Mary Ann moved to Atlanta where she supported the family as Russ was working on his master’s degree at Georgia Tech. Upon graduation, she was excited to be recognized by Georgia Tech with an honorary “PHT” (putting hubby through) degree. They moved to Melbourne, Florida where Russ started his career, and they started their family.

Family life in Melbourne was happy. Mary Ann gave her life to raising her two children, Lori Latch Apon and Charlie Latch Jr. Her main passion was to be a mother, but she also became interested in china painting, a craft that would define most of her life. She was a skilled artist and thoroughly enjoyed painting beautiful things. Mary Annand Russ were also active in the First Baptist Church of Melbourne, where MaryAnn enjoyed teaching Sunday School and leading Vacation Bible School. She loved her family, the church, and children. In fact, as grandchildren arrived, she created the idea of a pampering trip where each grandchild would have two opportunities to spend a week in their home being spoiled to the max!

Mary Ann returned to work when Charlie started high school. She became an Executive Assistant in the Corporate Headquarters to Harris Corporation and loved the new adventure. She enjoyed this season, working hard to provide college educations for both of her children at Baylor University. She left Harris for Redgate (a pioneer in digital communications) in the final years of her career and was blessed to be working there when the firm was acquired by America Online, one of the very large “dot com” success stories of that era.

Mary Ann never met a stranger. She loved people! She was sensitive to reach out to those in need and looked for ways to bless others with her time and resources. She loved life and loved to laugh. Hospitality no doubt was her spiritual gift. She enjoyed regularly opening her home to others in all seasons of her life. Every gathering included her famous Danish tea ring and chocolate chip cookies.

Raised by Christian parents, MaryAnn was greatly influenced by her grandmother. She came to know the Lord personally as a child. She was open to talk of her faith with others and the fruit of the Holy Spirit was evident in her life. Devoting time to widows and the elderly to serving at the Florida Children’s Home. Modeling the life of a Christian deeply impacted her children. She spent her life investing in others mentoring and influencing young women.

Mary Ann touched many lives and will be missed by all who knew her. In fact, most likely everyone has a piece of china as a reminder of her love. She painted thousands of Easter eggs and Christmas ornaments every year each piece inscribed with a Bible verse or words of affirmation. This was her quiet way of sharing her love of the Lord with others.

Private family services took place to celebrate the life of this lady of Grace. Her challenge to all came from her favorite verse Philippians 4:8, “Finally, brothers and sisters, whatever is true, whatever is honorable, whatever is right, whatever is pure, whatever is lovely, whatever is commendable, if there is any excellence and if anything worthy of praise, think about these things.”