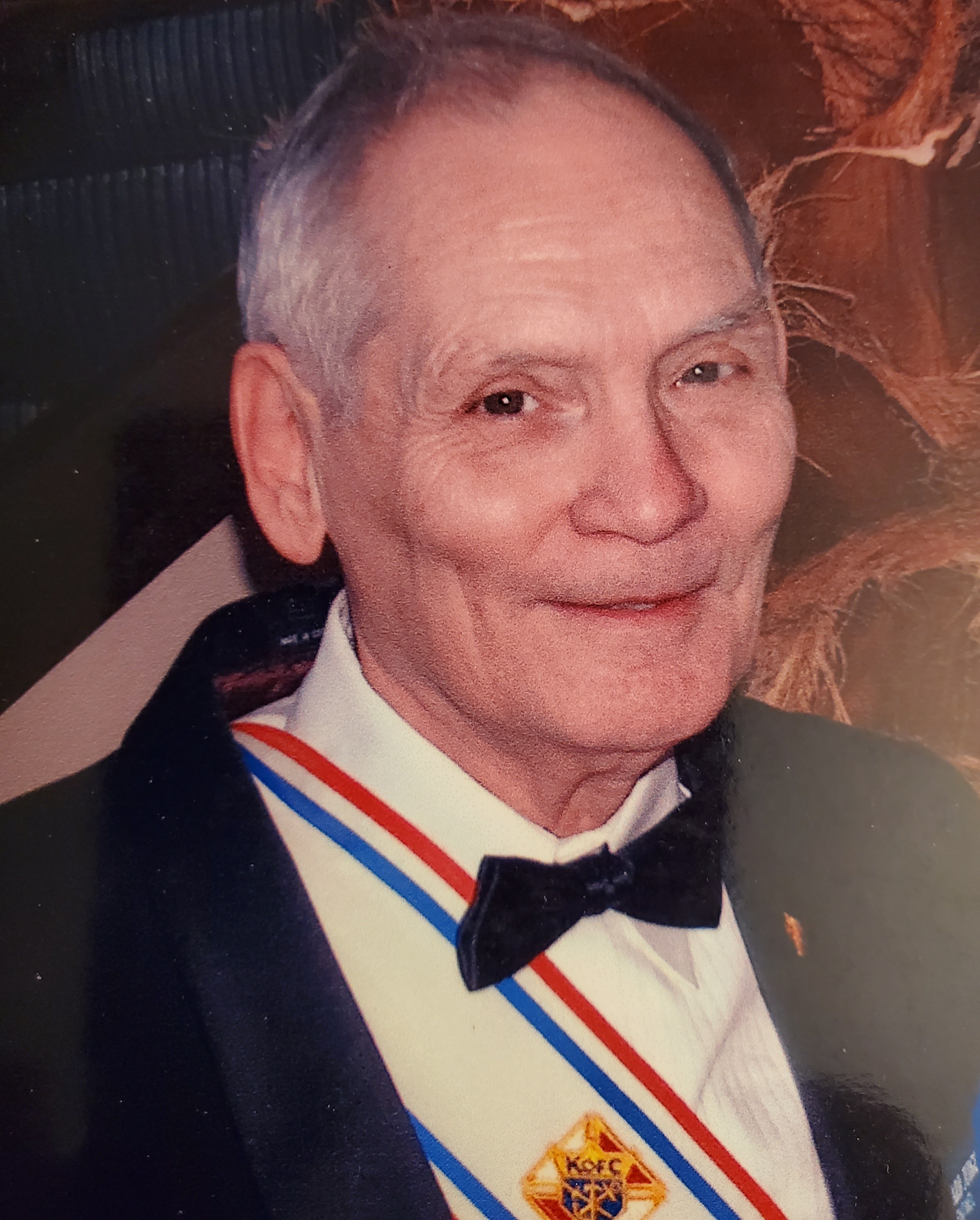 Edward (Ed) Judge passed away peacefully, surrounded by his children, on Sunday, June 26, 2022.

Ed was born in Chicago, Illinois on May 4, 1932.  He moved to Newport R.I. with his mother and two sisters after his father’s passing.

After graduating high school, Ed entered into the military.  Specifically, the 8Airborne Division.  He had told his family on numerous occasions, he had done this to get over his fear of heights. When he was honorably discharged from the military, he started his career working for the Newport Daily News.  Ed worked in the composing room of the Daily News until his retirement.

Ed was a devoted and loving husband to his with Ruth (Dunn), being her primary caretaker when she had Alzheimer’s.  Ed was also a caring, fantastic, loving father to his three children.

Ed was always interested in scouting from an early age.  This interest continued and he formed Troop 12 at Emmanuel Church when he lived in Newport.  When he moved his family to Portsmouth, he formed Troop 82 in 1965.  He picked this number to honor his time spent in the 82Airborne.  As a scoutmaster he valued passing along information and life lessons to the boys in the troop.  He always taught his scouts to do their best to live by the scout oath.  To do their best, to do their duty to God and their country, to obey the scout law, to help others at all times, to keep themselves physically strong, mentally awake and morally straight.

Ed and his wife Ruth traveled the United States after their retirement, eventually settling in Blue Ridge, Georgia.  This is where he has lived for the past 30 years. Ed had become in many community activities while living in Blue Ridge.  Some of these activities included the CERT rescue team, The Knights of Columbus, the American Legion North Georgia Honor Guard, while volunteering with many other organizations.

Ed was a member of St. Anthony’s Catholic Church where he served in many capacities, to include being a lecture and usher.

Ed is predeceased in death by his mother (Sadie), his father (Edward) and his wife (Ruth).

A Memorial service will be held at St. Anthony’s Catholic Church, Blue Ridge, Ga on July 26, 2022 at 11:00 am.  The service will be followed by the internment and a reception.