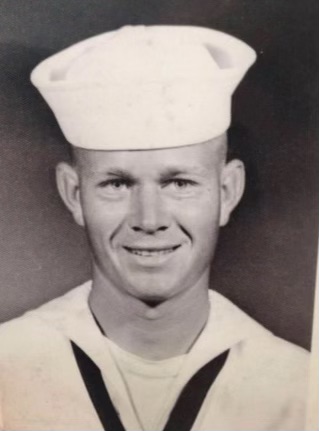 Cary Jackson Snelgrove, better known as “Jack,” was born in Columbia County, Florida on November 6, 1938 to Leo and Edna Snelgrove. After a full 83 beautiful years on God’s green earth, cancer decided to show up in Jack's lungs; however, that cancer didn't realize whom it was up against. Instead of suffering through cancer’s painful agenda, Jack kicked cancer’s butt by moving to Heaven, where cancer cannot reach. After having felt the hand of God on his shoulder just two weeks ago, Jack peacefully followed the path God has chosen for him and went to meet our heavenly father on December 2, 2021.
Jack spent 13 years, 7 months and 11 days in the United States Navy wherein he served our Country on a submarine, then as a Navy Recruiter. Upon retirement from the US Navy as a Chief Petty Officer, Jack moved around and lived the civilian life before settling in Marietta, GA where he married his wife, whom he referred to as, “the most beautiful woman in the world,” Kathleen Snelgrove on September 12th, 1975. Jack and Kathy were married 46 years.